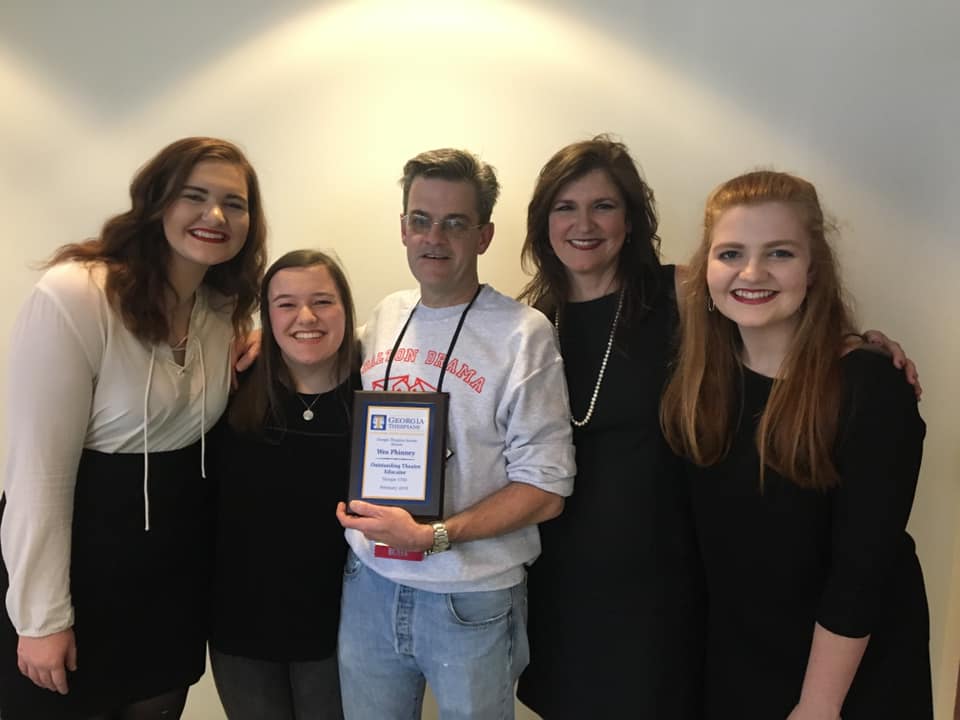 For three years, Dalton High School senior Anna Grace Rogers has attended the Georgia Thespians Conference in Columbus with her peers in the drama department and watched as other teachers around the state have been honored. Knowing how much instructor Wes Phinney has loved and supported his students over the years, Rogers decided to nominate him for The Georgia Educator of the Year Award.

A nomination form and two letters of recommendation later, one from Rogers herself, Phinney was surprised to receive the 2019 title.

"One of the things I touched on in my letter was how hard Mr. Phinney works for all of his students," said Rogers. "He always puts hours into rehearsal and into making everything go well. He also focuses on spending time with us and making sure that we are learning in rehearsal, but also enjoying it."

For Phinney, making sure the students have fun and producing great shows are his two priorities.

"Most of them are not going to go on to become professional actors, and that's fine. This is like the icing on the cake. You must be doing it to have fun, so have fun," Phinney said. "Years from now when they're digging in the backs of their closets and finding all of these pictures and programs, I hope they smile. I hope they remember fondly what they did and how much fun they had."

At the same time, Phinney said he wants the productions to be something people applaud and admire, so he reminds the students to take it seriously while they have fun. He said if the people do not love coming to see the shows, the students do not want to do the next one.

"When you have fun doing a really great product, then you come back again and again," he said.

This strategy is working well. When Phinney started teaching at DHS 11 years ago, he took only eight students to the conference. This year, he took 63.

As Rogers explained, the growth in the drama department can be attributed to Phinney and the way the group feels like a family.

"One of the things he always says is 'no matter what, I'm always gonna love ya.' We know that he is always going to be there to support us and believe in us," she said. "I'll definitely always remember the kind of family we are while doing these shows and having fun together. Right before our first performance of every show, we always do a group hug. It's like we are all together, and we are about to kick it off, and we all worked so hard together. Mr. Phinney is always in the center of them." 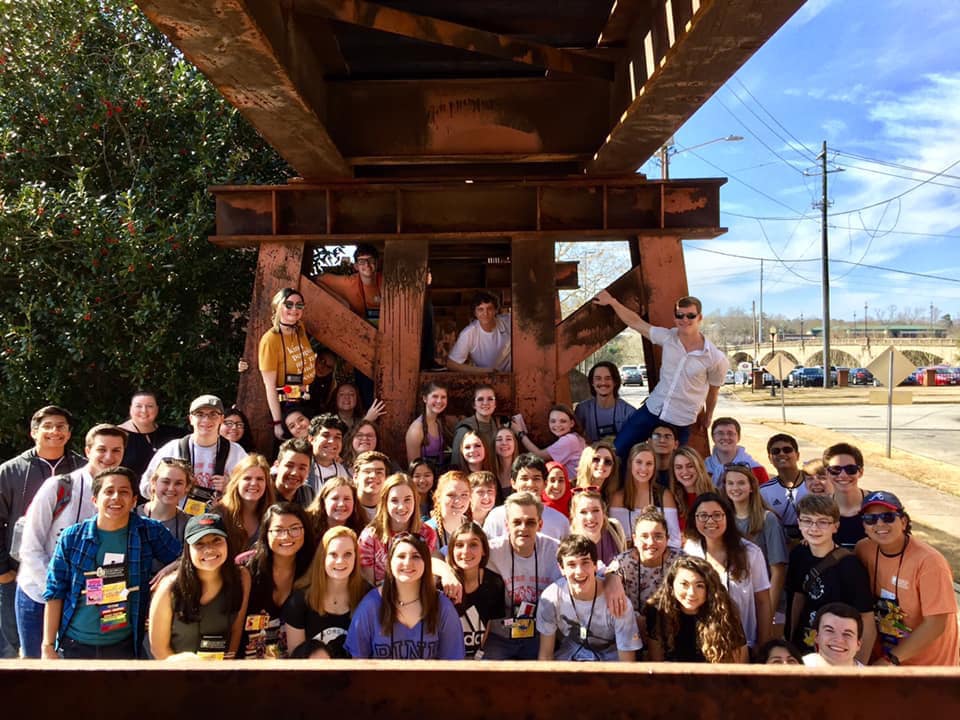 Rogers explained that Phinney's passion for theater shines through everything he does. Whether he is encouraging students to take leadership roles like costume or set designer, or resetting a scene because it wasn't right, he is always keeping students and their experience with the program in mind.

"We do life lessons all the time: be early, be ready to go, be focused. Theater, more than anything else, teaches focus," Phinney said. "In live theater, there are innumerable distractions, so you have to be focused on what you're doing and that's a big part of my job."

Phinney said working at Dalton High School has made his job much easier, as it is one of the most supportive places he has ever worked. The administration is supportive, and the drama department is not a forgotten part of the school. Most of the staff come to see the shows and all are helpful when it comes to working out schedules and supporting the kids.

Phinney said he could not do what he does without his stage manager and assistant director Amanda Hawkins, costume designer Laura Knox, or Melissa Lambert and Trevor Ledford, who always make his visions for set design a reality.

"I always tell people, 'I'm still amazed that they pay me to do this.' I would do it for nothing because I love the theater. I love watching kids on stage, especially when they come to really take possession of it themselves," said Phinney. "This year I have an over-abundance of talent. That's a great problem to have. I'm really going to miss this group of students, and this award is that much more special coming from them."