Anna La, a junior International Baccalaureate (IB) student at Dalton High School, is encouraging her classmates to practice student leadership by participating in community service. Most recently, La organized a community clean up initiative, gathering 38 people to pick up roadside trash at Brookwood Park and the surrounding areas.

Every year, Dalton High School successfully prepares students for their Advanced Placement (AP) exams. The school is now home to 36 AP Scholars for 2021, including eight AP Scholars with Distinction and six AP Scholars with Honor.

Jason Lin, senior at Dalton High School, has been recognized as this year's winner of the Karen Lightbody Scholarship for his outstanding piano skills. The Karen Lightbody Kirkman Piano Scholarship is administered by the Dalton Education Foundation. It is gifted to one applicant a year and pays for the recipient's continued musical lessons.

Bliss Jones is being celebrated for her dedication to excellence throughout the 2020-2021 school year. As the district COVID coordinator, Jones is recognized for playing an essential role in implementing the COVID response for Dalton Public Schools.

From the time that Jennifer Sumner was a child, she knew exactly what she wanted to be when she grew up: a teacher. Sumner was named Dalton Public Schools' Teacher of the Year at the district's annual employee convocation on Thursday, August 5.

The tradition of excellence in the Dalton High School swim program treads onward. Henry Bethel, senior swimmer for the Catamounts, has wrapped up quite the illustrious career while competing for Dalton High. He was recently named the winner of the Georgia 6A Boys Swimmer of the Year Award. However, this award is not foreign by any means to Bethel, as this marks the third year in a row he has won the prestigious award.

Having grown up in the area raised by parents who were former student-athletes at Dalton High School, Bethel grew a competitive spirit of his own. Bethel's father instilled this work ethic in his son at a young age while coaching his recreation league teams.

"My dad did a really great job of making it hard on me and expecting a lot out of me," said Bethel. "He doesn't know a whole lot about swimming because he was involved with other sports, but he knows about teamwork and hard work and those can be applied to any sport or situation in life."

Bethel's first interest in swimming was sparked by the former Catamount swim coach, Charles Todd. Todd was a neighbor of the Bethel's and would offer swim lessons to the community. After Bethel's mother signed him up, Coach Todd encouraged the young Bethel to join the summer league swim team. Bethel signed up in the summer league at the age of eight and hasn't looked back since.

A few years later, when Bethel was only twelve, he joined his first swim club team. While swimming for the Carpet Capital Aquatics Club (CCAC) he met another inspirational coach that would go on to mentor him throughout high school, Jason Meszaros.

"Coach Meszaros has really kindled my love for the sport of swimming and has encouraged me to be as successful as I am," said Bethel.

Throughout Bethel's athletic endeavors as a middle schooler and in his early high school years, Meszaros always did a really good job at letting Bethel make his own decisions in choosing what sports he wanted to play. Meszaros let Bethel know if swimming was something he wanted to pursue long-term, he was going to have to make a decision to commit to it. Bethel bought into the advice Meszaros was giving him, which has now led to Bethel becoming one of the top swimmers in the state.

"It means a whole lot to go to Dalton High School because of how important it is to my family," said Bethel. "I remember being 10 years old sitting at Dalton High football games with my family wanting to get out in front of the Catamount faithful and make them proud."

The acclaimed swimming career of Bethel has awarded him the opportunity to swim at the collegiate level. This fall, Bethel will be a Division I student-athlete while swimming for the Auburn University Tigers.

Another influential person on Bethel's swim career is Sharlinda Haight, the swim coach at Dalton High in all four years of him winning a great number of awards and championships.

"What is great about Coach Haight is that she keeps up with her swimmers outside of school, which I think is the mark of a great coach and a great leader," said Bethel. "She not only cares about us doing well in the pool, but she also cares about us outside of the pool and in life." 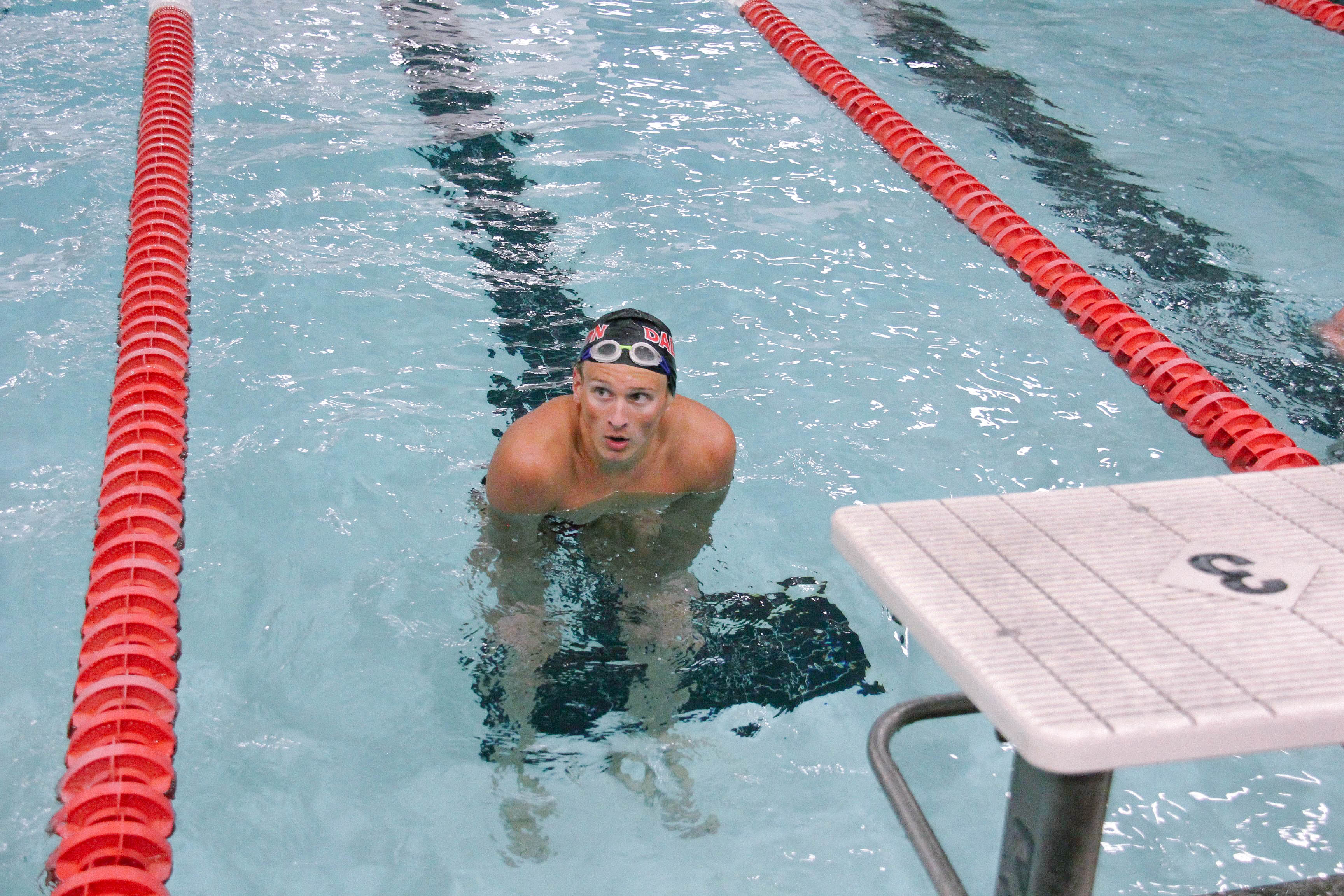 Along with coaching the swim team, Haight is a science teacher at Dalton High School. During the state championship swim races, all of the science teachers at Dalton High School showed races in their classrooms in support of the team. This gesture meant a lot to Bethel and his teammates as their classmates rooted them and supported them from afar.

"All of the swimmers here at Dalton High School really care about the fact that we are swimming for Dalton," said Bethel. "It is a school pride that is just not seen everywhere, especially in our sport of swimming."

Bethel said he feels relieved to have been able to finish his career on a high note. Capturing the Swimmer of the Year Award for a third consecutive year means a lot to the swimmer and the legacy he wants to leave at Dalton High.

"I feel it was almost a pressure lifted to actually follow through and not fall off and win the award three times," said Bethel. "Continuing to progress and get better has taught me a lot about myself."

All in all, Bethel is a heralded fifteen-time state champion swimmer at the high school level, including two team championships. Along with his numerous achievements, Bethel has created a winning culture within the Catamount swim program that he hopes will have a lasting effect long after he is gone.

"I am very excited about all of my personal accolades. I'm excited that they have gotten me to where I will be able to swim at one of the top schools in the country at the next level," said Bethel. "But more important than all of that, to me, is building a culture and building a pipeline for future success."