The Georgia Association for Gifted Children recently awarded Dalton High School student Tripp Phillips with the 2021 Gifted Teen Award. Tripp is a 15-year-old with a knack for inventing and problem solving.

A scholarship that provides $500 toward a year's worth of piano lessons to a Dalton Public Schools student is available through the Dalton Education Foundation.

Do you know a student support staff member in Dalton Public Schools who should be recognized for their hard work and passion for working in our schools to improve the opportunity for student learning by making 'school' a better place for our students?

Dalton Public Schools is prioritising safety by allowing parents and guardians to easily track their students' bus locations via a new app.

“We are only scratching the surface of what will become a huge entity in school athletics.” 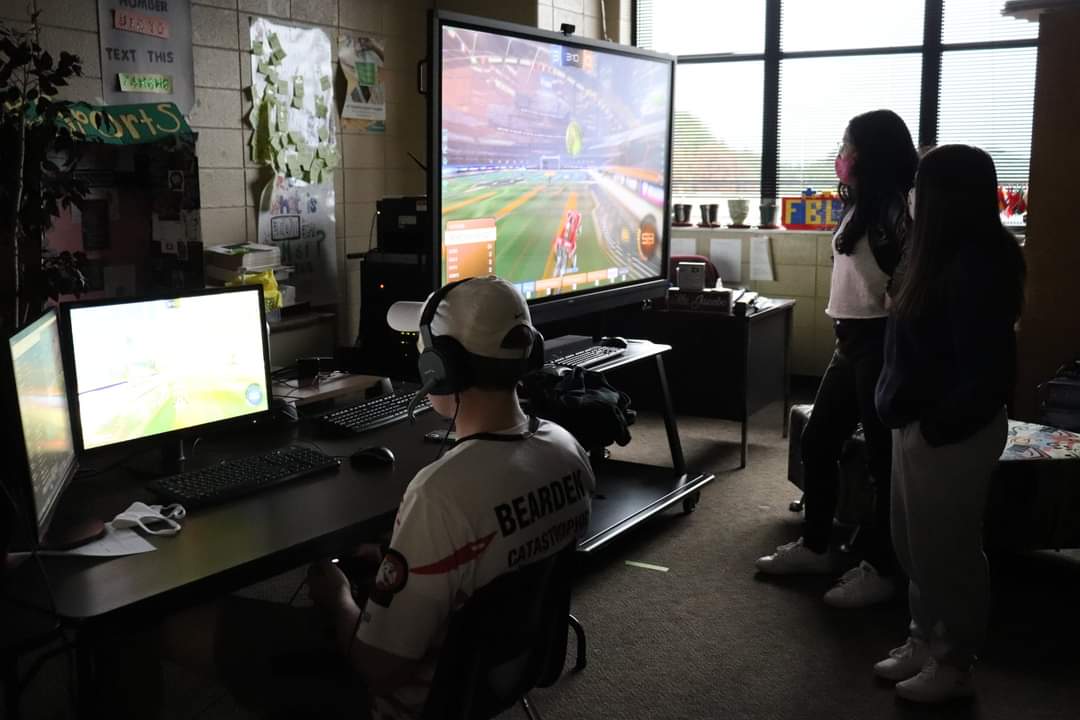 As the world around us seems to change with each passing day, the high school sports climate has also seen great and progressive advancements. Esports, a type of sport competition using video games, has significantly grown in popularity over the past decade.

The Georgia High School Association (GHSA) added esports as a sanctioned high school sport in 2018. After a successful start to the esports club, Jacobo said he had an idea.

Jacobo told his friend and co-worker at Dalton High School, Alejandro Mora, he was going to propose a new and exciting idea to the administration: Turning his club into an official athletic team at Dalton High.

After approval from administration, Jacobo applied for a grant to get the new athletics team up and running. The lengthy process of approval and installation of equipment into Jacobo's room took about a year.

Mora, now an assistant coach for the esports team, watched as Jacobo worked hard to bring his idea to fruition.

"He had a plan, and he just kept working on it," Mora said.

In order to put together a team, Jacobo said he had to get creative when recruiting players for the new squad.

He started by hosting several esports tournaments, which was a great way to both recruit players and fundraise for the team. The tournaments, paired with posters hung in hallways across the school, garnered more than enough attention for Jacobo to assemble Dalton High School's first esports team, named the "Catastrophic Gamers."

"It caught my attention when Coach Jacobo made an introductory announcement to the class last year about the new esports team coming to Dalton High," team member Hector Santiago said. "Gaming is what I love to do, so I was excited that my school was going to have their own team."

Reid Rehberg, now team captain, said he saw a poster in the hallway promoting the new esports team at Dalton High. Rehberg and his friends played video games together, so they decided to try out for the team.

"It is a very cool thing because we are the first group to compete at this school," Rehberg said.

Rocket League, a vehicular soccer video game, is the game the Catastrophic Gamers play against other high school teams throughout the state of Georgia.

Esports have two seasons a year, one in the fall and one in the spring. Dalton High did not compete in last spring's competition because of COVID-19, but they are hopeful they will compete during this upcoming spring season.

In the team's first season of competition, a large crowd regularly filled Jacobo's classroom to watch the team compete. However, due to the pandemic, this year neither family nor friends could come watch the team's matches at the school for health and safety concerns.

"Every match and interaction with these gamers shows me that work ethic, passion, teamwork and so many other aspects of a sport are shared and not exclusive to contact sports," Jacobo said.

Through bringing esports into schools as an official sport, students now have the opportunity to obtain scholarships from colleges across the country. With the sport growing substantially over the past several years, scholarships from certain colleges that host esports teams are being given out to high schoolers to come attend their college and play on their team.

"We hope that through this team an avenue of scholarships will be made available to our athletes," Mora said. "With esports now being an official athletics program in the state of Georgia, it just opens up a whole new area that kids who enjoy the sport can continue to pursue their dreams because of it."

Jacobo has big plans for the future of the Catastrophic Gamers. He hopes to add competition games such as League of Legends, FIFA, Madden and Smash Brothers.

"These students get together on Saturday mornings for drills and skill development," Jacobo said. "That is the epitome of a scholar athlete experience. I have acquired a deep respect and am very proud of these student athletes."

Although Dalton High suffered a loss in the Elite Eight round of the state playoffs this past December, the players are eager and ready for a state title.

"We are only scratching the surface of what will become a huge entity in school athletics," Jacobo said.