The Dalton Board of Education will hold the second of two public hearings on the Fiscal Year 2022 budget on Monday, June 14 at 6:30 pm as part of the regular monthly meeting at the Dalton High School auditorium.

For her outstanding work in helping the school and the district through the global pandemic, Bliss Jones was named the 2021 Dale Cook Support Educator of the Year in Dalton Public Schools.

Seven seniors who recently graduated from Dalton High School's International Baccaluareate (IB) Diploma Programme completed a week-long service project with a creative awareness week at the end of the semester.

The Dalton Board of Education will hold the first of two public hearings on the Fiscal Year 2022 budget on Monday, May 10 at 6:30 pm as part of the regular monthly meeting at Dalton Middle School in the quad.

HOSA, the Future Health Professionals club, is an international medical club created for high school students who aspire to work in the healthcare industry. Iris Trejo, a junior HOSA club member at Dalton High School, recently placed second in the state of Georgia in the medial reading competition.

“I see the benefit of this competition as not only a benefit for these students in what they achieve now, but what it shows them that they can do in the future.” 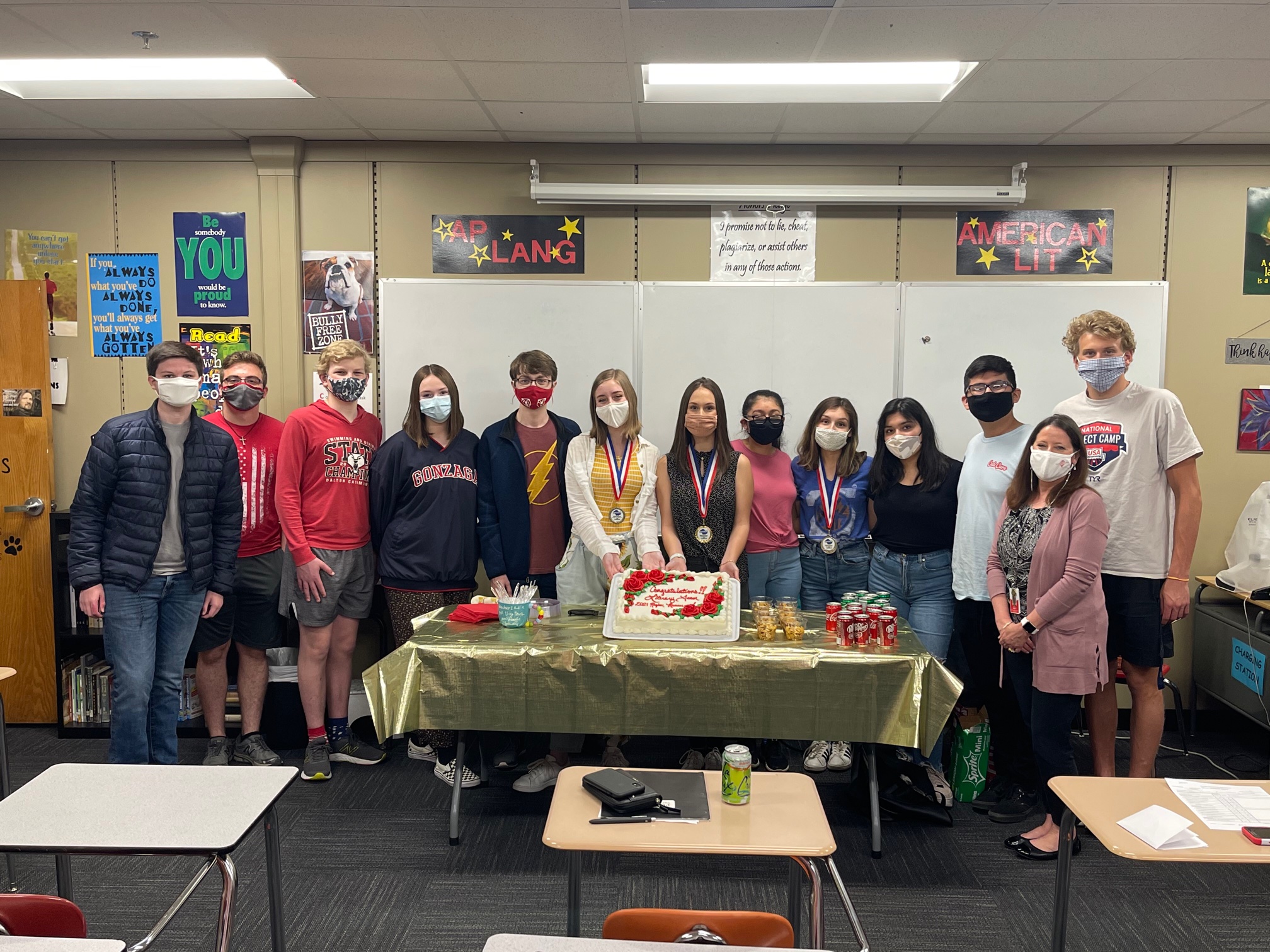 Well before dawn settled on the morning of March 25th, the Catamount literary competition team boarded the buses and headed south. The team was on their way to Carrollton High School to compete at the 6-A region literary competition. This early start to a rather bumpy day turned out victorious for the team as Dalton High School placed second in the region despite the obstacles and hurdles they would have to face.

Shortly after arriving at the regional competition site, Dalton High drew the letter "D" which told the team what times their different events would take place throughout competition day. This letter signified that the team would mostly be competing later in the day as opposed to an earlier time slot.

As the students were settling into their routine of a healthy mixture of both relaxation and preparation for their events, Wiggins, head coach of the Catamounts, got a call from Jeff McKinney, athletic director at Dalton High School. McKinney was on the other line explaining to Wiggins the threat of tornadoes heading toward Dalton. He informed Wiggins that the district was closing schools early for the day and to have the team return home as quickly as possible.

"These kids had worked so hard in preparation for these events, so getting the news that we had to come home was disheartening," said Wiggins. "It was unnerving for our students because the preparation and relaxation time beforehand was taken away from them."

Upon receiving the news, Wiggins found Richard Bracknell, who was presiding over the regional competition. Wiggins explained to Bracknell that the administrators from Dalton High School were calling the team back home due to inclement weather. Bracknell, understanding of the situation, moved the Catamounts to the front of every event.

"Bracknell jumped through hoops for us while maintaining the integrity of the competition," said Wiggins.

The judges unanimously agreed to let school "D" go ahead and compete in each of their events before returning home early. Even as the literary competition team competed on such short notice, the team did so exceedingly well. Not only did they place second as a team at the regional competition, Dalton High School students placed in every single event that took place. Two of the students placed first in their events and will be going on to the state championship.

Sarah Forberger, sophomore and first-year member on the competition team, placed first in the domestic extemporaneous speaking event. Forberger will be representing Dalton at the state championship along with teammate Bethany Sutherland. Sutherland, a junior, won first place at the regional competition in the girls solo event.

Forberger has talked about college and wants to use speaking in her career, as "she is finding a love for it through this team" said Wiggins.

"The team adequately represented Dalton not only in how well they performed in their specific events, but in the way that they carried themselves," said Wiggins. "They were respectful, professional and courteous."

Wiggins is assisted in coaching the team by fellow Dalton High teacher Wes Phinny and local artist Adam Burnette. Wiggins handles the coaching of the essayist and extemporaneous events; Phinny, the drama teacher at Dalton High, oversees the oral presentation groups on the team; Burnette instructs and assists the musical groups. Both Phinney and Burnett were present and in support of the regional competition team as the students made their last minute preparations before their events.

Wiggins sees the literary competition team and the skills being learned through this experience as a stepping stone into a bright future for them.

"I see the benefit of this competition as not only a benefit for these students in what they achieve now, but what it shows them that they can do in the future," said Wiggins.

Amidst the twists and turns this stormy day threw at the Catamount literary competition team, the students and coaches held their heads high at the end of the day. The team returned to Dalton safely shortly before the worst of the storms hit, and the success they found on a rather peculiar day will not be forgotten.