Dalton High School recently hosted a parent engagement class in Spanish to help parents understand the importance of college and career readiness for their children.

The CCRPI (College and Career Ready Performance Index) scorecards were released today by the Georgia Department of Education and Dalton Public Schools received their highest district score ever on the state's accountability measure. The district score for 2019 is 77.8, up 3.3 points from 2018 and above the state average of 75.9.

"There's a lot of ways to be involved, whether you pursue it as a career, or whether you just keep rivers in your mind for the rest of your life." 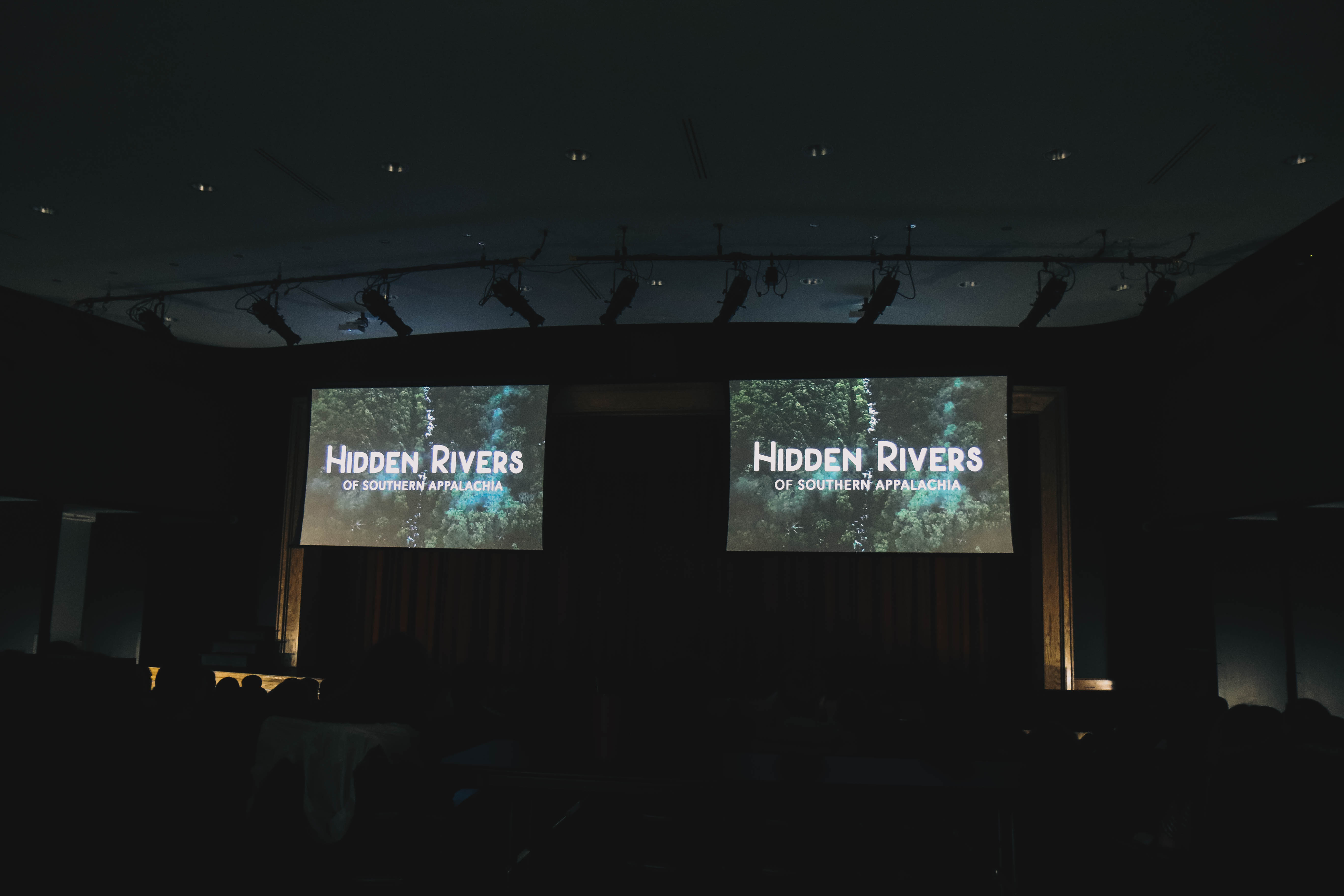 According to the film's website, Hidden Rivers is a "feature film that explores the rivers and streams of the Southern Appalachian region, North America's most biologically rich waters. The film follows the work of conservation biologists and explorers throughout the region and reveals both the beauty and vulnerability of these ecosystems."

"This is going to show you the amazing biodiversity that is right around the corner," Flammini said. "Believe it or not, you are responsible for what happens around you."

Inspired by his childhood love of fishing, Monroe studied fish biology in his undergraduate program. He went on to complete his master's degree in river ecology, and soon began experimenting with ways to show the public the fascinating scenes he saw every day as a river biologist. After discovering filmmaking, he followed his passions to create Hidden Rivers.

"I grew up just an obsessed fishing kid, I loved fishing," Monroe said. "Once I found out you could go to college and study fish biology, study rivers, that's what I wanted to do. And now, I've decided to share more of these worlds with broader audiences." 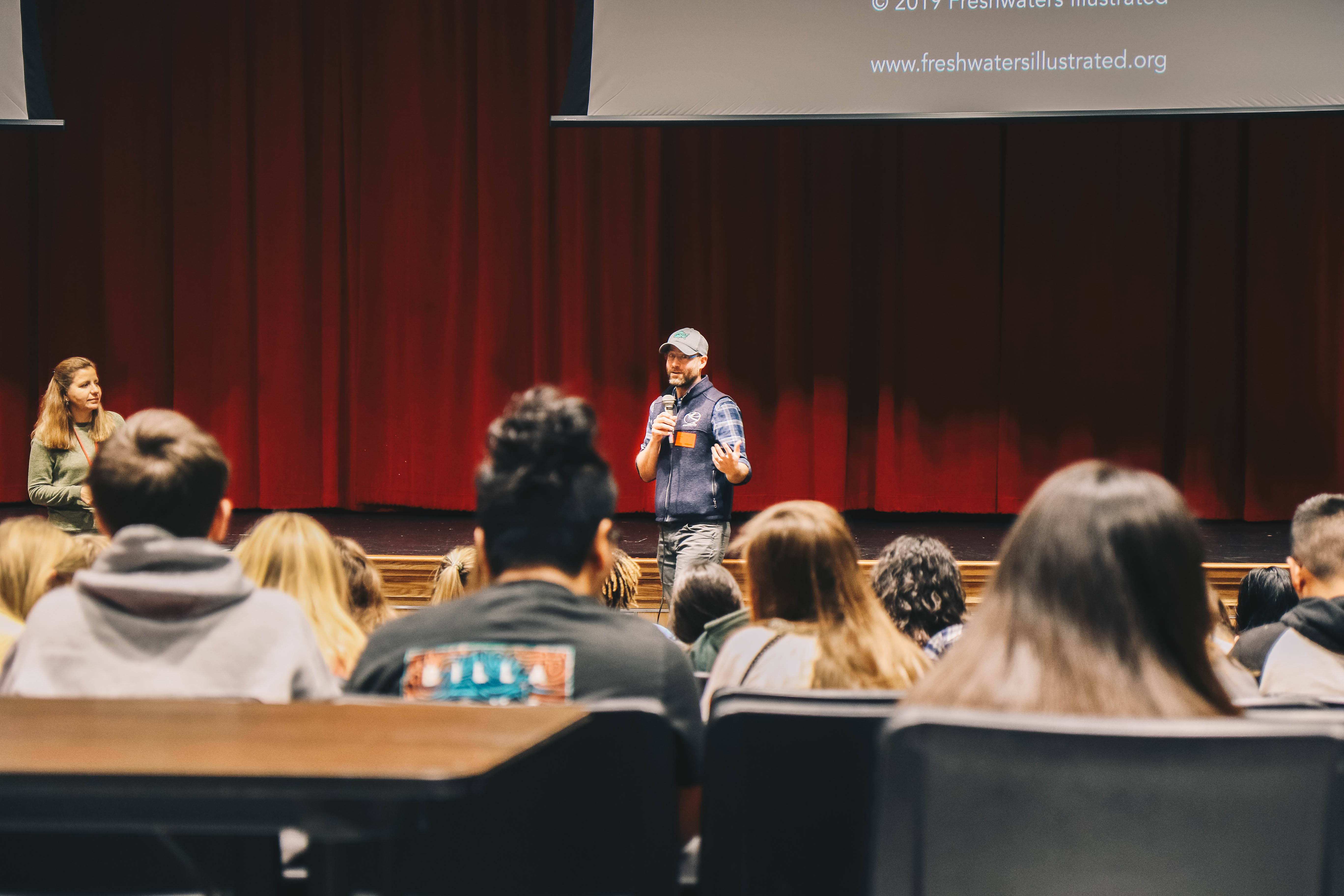 "You have a lot of opportunities right here," Monroe said. "[The rivers featured in the film] are your rivers, that river you saw right at the very end, the Conasauga, that's your river. Those are your neighbors – the cool fish and mussels and turtles and all the cool animals, and all those people who are working on them."

The film itself profiled a few different species of animal that lives in the nearby rivers, including minnows, hellbenders, sturgeon, mussels and more. It showed these aquatic animals in their natural habitats, highlighted the man-made challenges their facing, as well as the organizations and individuals working to overcome these challenges.

Monroe hoped the film would inspire students to help overcome the challenges, whether as a career or in their everyday lives.

A phrase repeated throughout the film is, "We all live downstream." This means that our water quality depends on the people who live upstream from us, or that we all rely on each other. It's a message Monroe hopes the students will take with them.

"There's a lot of ways to be involved," Monroe said. "Whether you pursue it as a career, or whether you just keep rivers in your mind for the rest of your life."

Dalton High School students made up one of the first student audiences to view the film, but the hope is that their feedback will allow this film to be shown in many classrooms and schools for years to come. You can see Hidden Rivers for yourself on November 9 at Volkswagen Chattanooga's BIODiversity Expo or on November 15 at the Georgia Aquarium. More information can be found at https://www.freshwatersillustrated.org/events.