Dalton High School recently hosted a parent engagement class in Spanish to help parents understand the importance of college and career readiness for their children.

The CCRPI (College and Career Ready Performance Index) scorecards were released today by the Georgia Department of Education and Dalton Public Schools received their highest district score ever on the state's accountability measure. The district score for 2019 is 77.8, up 3.3 points from 2018 and above the state average of 75.9.

“There’s a movement of innovation and entrepreneurship. We want to be a part of that and give that opportunity to our students.” 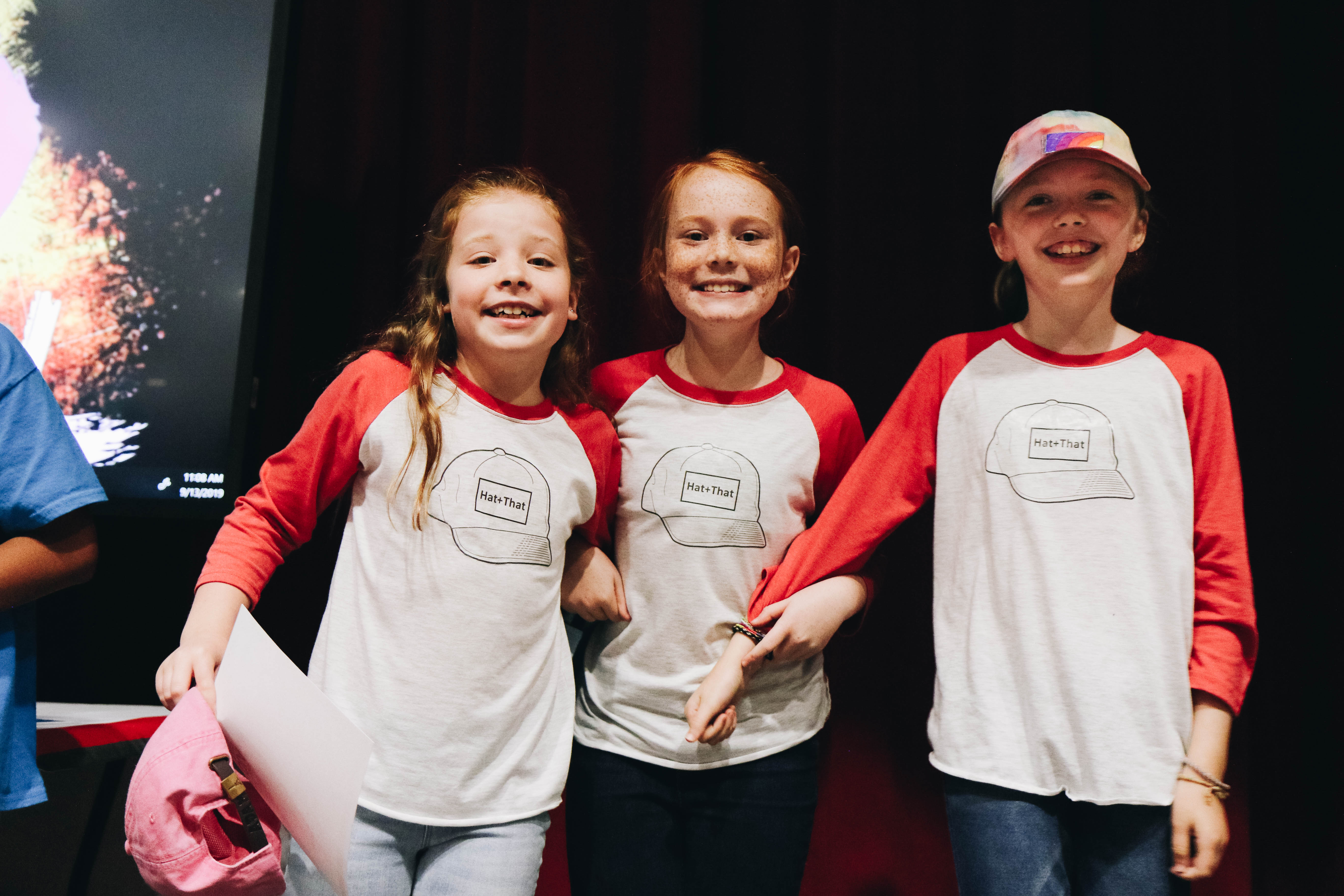 Nick Sun, director of school support, and Stuart Davis, director of technology, were approached by the Dalton Innovation Accelerator board to come up with a pilot DIA Pitch competition for grades K-12.

"We want to stimulate creativity." Sun said. "We see a lot of great things going on in elementary school but as they're going on to high school they have so much going on that their creativity begins to waver a little bit."

Over the summer, Dalton Public Schools hosted an innovation entrepreneurship camp. Fifty-five students from 3rd-8th grade came to learn the principles on how to design, think and create. Some of the things the students were challenged to do involved picking a book bag, toothbrush, or fidget toy to recreate completely or improve. The following day, members of the community came by so that the students could pitch their idea to them and receive feedback. 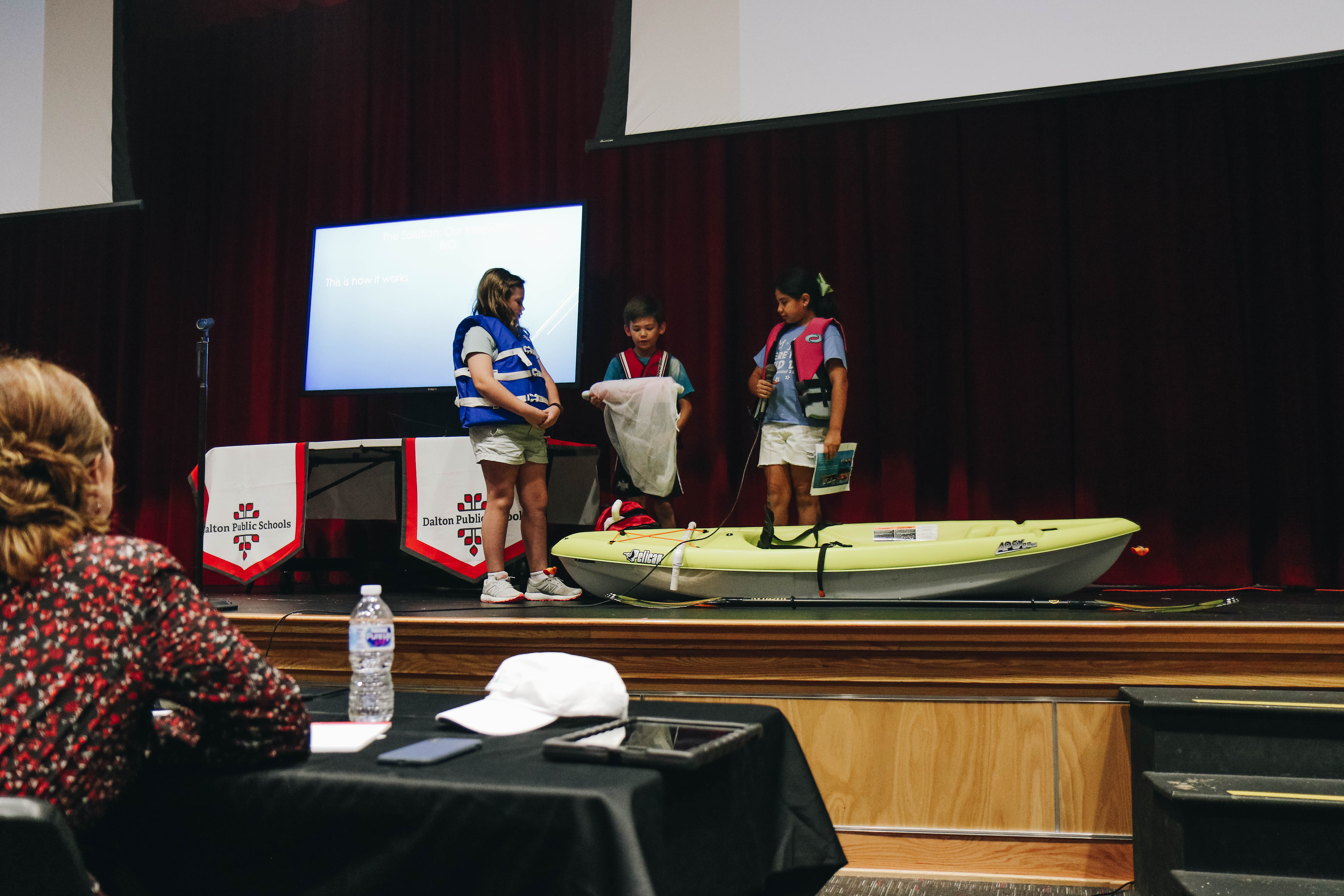 A total of 17 teams, pitched their ideas to a panel of four local celebrity judges who had different backgrounds and expertise. The judges included: Bob Caperton from Barrett Properties, Deanna Mathis from Shaw Industries, Caleb Carnes from Carnes and Co., Harper Carnes with Girl Creative, Zach Adamson from Engineered Floors and Anna Adamson with Junior Achievement.

Four winners were selected to advance on to the community DIA Pitch competition. The pitches who won were "Noise Busters" which are sound absorbing panels and "Hat + That" which offers customizable hats. These two groups are from Westwood Elementary School. A group from City Park Elementary School won with their "Boom Balm" flu fighting lip balm. Dalton High School students also won with their "Bite Bright" teeth-whitening gum. In addition, Believe Greater Dalton decided to choose a spotlight winner, a group from Westwood with their "Neon Book Light" which is a lightweight book light.

There were also a variety of different ideas that were pitched throughout the competition. Some of them included a floating wheelchair for kids to use in the swimming pool, a virtual reality sleep pod, fruit infused ice cubes, a robotic turtle to collect trash in large bodies of water and more.

After winning the district competition, each group chose a mentor from the panel of judges to help them compete for the community competition that will take place on October 8th at Stage123. The winning team will be chosen based on audience vote and win $1,000. The remaining teams will receive consolation prizes. Students, staff, teachers, parents and members of the community are encouraged to come out and vote for the best pitch. 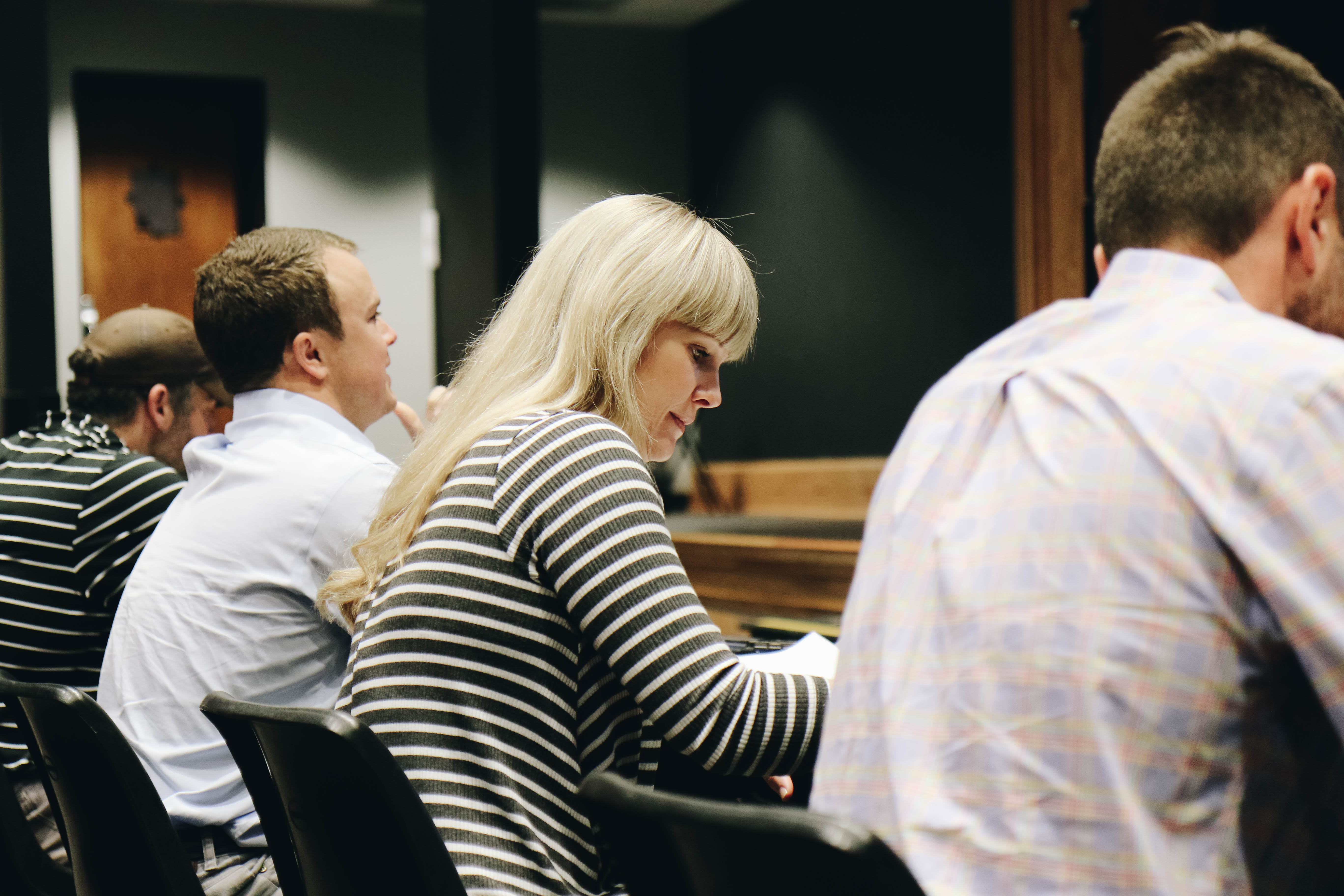 "Design based thinking processes give kids opportunities to learn how to collaborate and overcome setbacks they may encounter," Lisa Cushman, a teacher at City Park, said. "We are helping them to be successful in the work world they will be going into."

While the competition is meant to help students become more innovative, stimulate their creativity and to think like entrepreneurs, it also serves as a great way to apply the skills they've learned to the classroom.

"Being able to read, research, and write a business plan is part of literacy. You also have to know how much things cost and what you want to sell it for which involves math," Sun said. "You have to know about the history of products and development and with science you need to think about what materials you're going to use. They're generating different pieces of their educational journey to produce something that's theirs. "

Beyond the academic benefits, the competition has allowed students to visualize themselves as entrepreneurs and become innovators by using their voice. This experience has enriched their lives by opening doors to new opportunities and skill development.

"There's a movement of innovation and entrepreneurship," Sun said. "We want to be a part of that and give that opportunity to our students."