In 18 months, Dalton Public Schools will open its first new school building in 15 years. At the same time, students from grades six through 12 will experience the grade reconfiguration of all of our secondary schools.

Leadership development is a critical factor for any successful organization. A school system just like Dalton Public Schools is no exception. For many years, prospective teachers who lead had a desire to go into administration have participated in a number of professional development programs. This year as part of the strategic plan, Dalton Public Schools launched a program called Emerging Leaders, focusing on assistant principals and teachers who aspire to learn about district leadership.

"It’s an honor. It really is an honor to be mentioned in the same breath as some of the Hall of Fame members for the Georgia Thespians.” 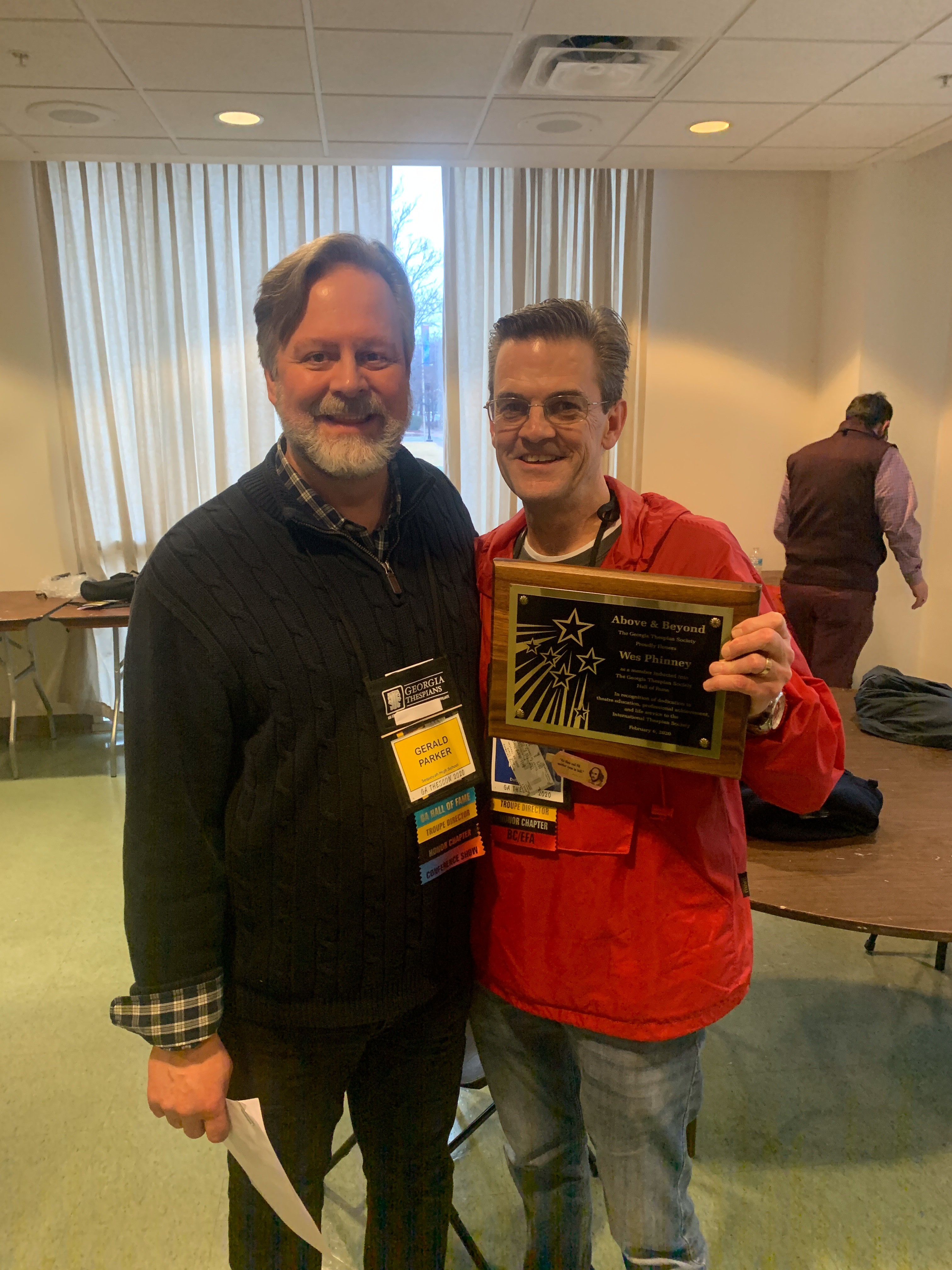 At this year's Georgia State Thespian Conference, Dalton High School theater teacher, Wes Phinney, was surprised with induction into the Georgia Thespian Hall of Fame. Every year, the Georgia Thespians induct one member who has dedicated himself or herself to outstanding theatre education.

Phinney was nominated by his friend and fellow theater educator, Gerald Parker, theater director at Sequoyah High School. Parker said that he has known Phinney for more than 10 years.

"The passion he shows for his craft, his students and his student's parents is clear," Parker said. "He demands excellence, but he does so with love and compassion. His work ethic and knowledge are truly powerful. No one I know is more worthy of such recognition."

For Phinney, the honor came as a total surprise. He was instructed to sit in the front row of the auditorium, and he thought he would be delivering a speech honoring another colleague.

"I'm sitting in the front row and then Gerald got up there and he started reading this induction speech," Phinney said. "After a while I thought, you know, that sounds very familiar. It came as a total surprise to me. I have no idea what I did to deserve all that. It's an honor. It really is an honor to be mentioned in the same breath as some of the Hall of Fame members for the Georgia Thespians."

Phinney said he couldn't have accomplished nearly as much without the support and excellence of Dalton Public Schools.

"A great majority of the reason I was recognized is because of the support that I've received from this school and this school system," Phinney said. "I could not do this job in the way that we've done it without that. I feel very fortunate to be a part of the arts in Dalton Public Schools."

In all of Phinney's years of teaching, his list of greatest accomplishments always centers around the students.

"I am proud of every single thing that we've done here," Phinney said. "Not just because of the effort that I put in, but because of the effort that so many creative people put in, and especially these kids. It's incredibly rewarding to watch kids develop, students develop over a period of six to eight weeks and watch them just get better and better and better and then be absolutely, 100% sure of themselves when it comes time to perform."

This year in particular, Phinney says there's been an additional focus on empowering students, allowing them to direct, design and create their own shows. Phinney says the work they've done has exceeded his wildest dreams.

"To me, that's what education is all about," Phinney said. "You just prepare students to do it themselves. And when they do, and they do such a great job, you think, hey, we must have done something right. Somewhere along the way we showed them the right thing and the right way to do it. That's even more rewarding than the award."

In compliance with the Executive Order from Governor Kemp announced on Thursday, March 26, Dalton Public Schools will be closed through the end of the school year

Friday, April 10 will still be observed as a student holiday.

Dalton Public Schools will continue to provide meals for students while schools are closed. Click the link below for more information.

Meals for Students During School Closure

We will continue to provide updates and resources as the situation continues to develop. Click the link below for our most recent information.

3rd Quarter report cards are available on Infinite Campus Parent Portal! If you have any questions, send a message to parentportal@dalton.k12.ga.us